The "Victim" as Moral Zombie 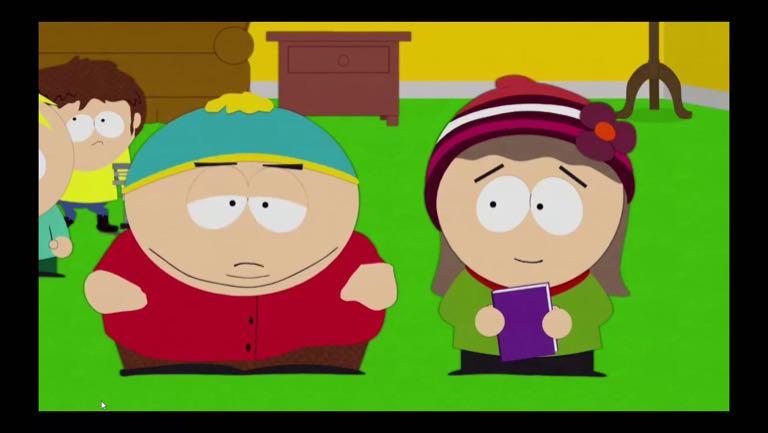 I was reminded of this 2003 essay by a recent

episode of South Park where Cartman's girlfriend Heidi says she is tired of "being a victim."  She says victimhood has turned her into a moral zombie who does evil with impunity.  Women, sexual and racial minorities are manipulated this way.
9-11 tricked Americans to think they are victims of terror who can invade the world in pursuit of "terrorists."

If I wanted to brainwash and manipulate a segment of the population, I would convince them they were victims. Illuminati Communists (liberals, socialists) have been using this trick for centuries.

Human beings are predisposed to victim status. It's like saying, you deserve better. Who can argue?

Usually, it's easy to support this proposition, easy to blame someone for our problems. Often grievances are legitimate but they are just pretexts for the elite to drive a wedge into society.

There is another perk. For some reason, "victims" are conferred a higher moral status. They become Saintly, faultless and immune to criticism.

Historically victims have been the working class and Blacks. Today, victims include Jews/Zionists, homosexuals, feminists and after 9-11, Americans. 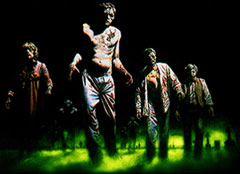 Victimhood transforms people. They become motivated, self-righteous and regimented. A complex world is reduced to black and white: Good against Evil, "us against them." Morally and intellectually, they become zombies.

They no longer can think in terms of humanity as a whole. When I have written that the Illuminati are using feminist, gay or Zionist activists, they think I am criticizing women, gays, and Jews. I am not. They spew obscenities and accuse me of hatemongering.

I am talking about the effect of these movements on society. But they don't care about anyone but their own "oppressed" group. They don't care if society is destroyed as long as they get their way.

Sound like children? Victimhood is a form of arrested development. Caring about other peoples' needs is the basis of morality. It is synonymous with personal and social development.

Victims don't care about objective truth either. They feel their suffering gives them the right to manipulate the truth or even deny that it exists.

"Postmodern" and "feminist" (i.e. Marxist) theory disputes the existence of objective reality. The whole project of western philosophy originally was to understand reality. Now it is concerned with manufacturing it. How easy then to lie!

Victims are also passive aggressive. Sanctimoniously, they pretend they are merely seeking "equal rights" when obviously they are attacking someone else. Before they complained about persecution. Now they are the persecutor.

DIVERSITY: PERSECUTION OF THE MAJORITY

More and more we resemble Communist societies. Posters tell us how to think. Buses in my Canadian city have placards telling me to oppose "racism" although racism is not a problem here. The real message I suspect is that Europeans should be reconciled to becoming a minority. 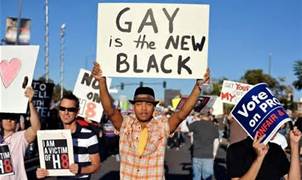 The poster complains that LGBTTQ people function in "environments rife with signs that same-sex attraction is repugnant." Male and female gender roles, which are "stereotypical and rigid" limits their "freedoms and rights." They are routinely surrounded by "the silence of others."

They want applause. They want us to put stickers on our doors saying we embrace LGBTTQ. It's not enough to tolerate differences; we have to adopt them ourselves.

What about the freedom and rights of heterosexuals? Apparently, we have none. We have to deny our instinctive reactions and/or moral principles.

By the way, gender roles are not "stereotypical and rigid." They are natural and flexible when media and education aren't misleading and dividing us.

Many homosexuals find opposite-sex attraction repugnant and refer to women as "breeders." This derogatory usage is even in the dictionary. Perhaps they should change the way they think first?

Homosexuality is being promoted to destabilize heterosexual society. Gay activists are being used. The Rockefeller Foundation has pioneered population control for decades; they financed birth control research. They promote homosexuality and feminism for the same reason. https://www.savethemales.ca/070502.html

Barry Chamish (1952-2016) was a courageous Israeli journalist who showed how Israel has been subverted by the New World Order. Yet, Chamish's idea of justice excludes Palestinians. Because of the Holocaust, many Jews suffer from a selective morality when it comes to Israel. 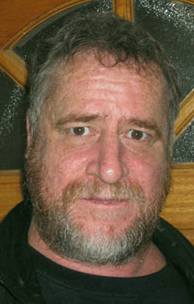 On March 3, Chamish equivocates: "Although I am personally opposed to the Bush crime family committing a new felony in Iraq, I have said nothing because the leaders of the anti-war movement mostly believe the PLO and associated gangs are freedom fighters and Israel occupies their land."

He says, "the 'Palestinians' were artificially created for conflict." (Then, who built the houses and planted the orchards the Jews occupied in 1948?) He asks how can someone (i.e. Jews) "occupy their own land"? (Does that include everything from the Nile to the Euphrates, also promised in the Bible? Genesis 15:18 )

He concludes: "So I have chosen to disassociate myself from these ignoramuses, even when they are right, because of their hatred of Jews." (As victims, Jews are faultless so their critics must be haters. In my experience, you have to care about someone to criticize him.)

In the 1960's the Rockefellers decided to sow dysfunction and lower the population by tricking millions of women into thinking they were victims. They used their CIA and CPUSA (Communist Party) assets Gloria Steinem and Betty Friedan and their media control to create second-wave feminism. https://www.savethemales.ca/180302.html

Feminists continue to promote the idea that women are more oppressed than men. On March 8, Noeleen Heyzer, Director of the UN Development Fund for Women, wrote in the Boston Globe, "Today, like any other day, hundreds of women will lose their limbs on landmines."

In fact, as Carey Roberts reports at ifeminist.com, the great majority of landmine victims are male. According to one Red Cross report, 93% of victims of landmines in Afghanistan are men and boys.

The UN Deputy Secretary-General Louise Frechette, said recently "all our work for development, from agriculture to health, must focus on the needs and priorities of women".

As Roberts reports, men are more disadvantaged than women. In almost every country, male life expectancy lags behind the female, in some cases by 15 years. How can the UN justify this discrimination? The financial elite does not fear women. They are making men redundant.

Do you see the UN promoting real victims like the aged who are often impoverished and neglected? Do you see elder beating portrayed as an epidemic so that old people are afraid of their offspring? The aged remain invisible. Championing them won't destabilize society and produce world government. 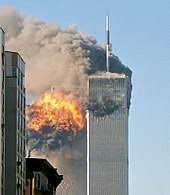 On Sept. 11, 2001 the Illuminati staged a grotesque terrorist attack to convince Americans they were "victims," to remove their civil rights and to invade Iraq.

Watching CNN you would think the Marines had gone to Iraq to "liberate" Iraqis. Iraq has the world's second-largest oil reserves but let's not spoil a heart-warming story.

Increasingly I feel as though I am in a 1950's B-movie horror where most people have become zombies. They have lost their common sense, decency and interest in objective truth. They begin to question my sanity.

The world is like Orwell's 1984. Black is white and white is black, according to Big Brother and Newsweek. Nay Sayers will be punished. One city council is considering a code of conduct that urges elected officials not to roll their eyes. Or shake their heads. Or frown. Someday, this could be universal.

Western civilization is being destroyed from within by an Illuminati conspiracy administered by victim-zombies who have sold their souls to Satan and don't even know it.

Ultimately, God is Reality: absolute truth, goodness and love. We can evade Reality for only so long and only to our detriment.

Did Holocaust Give Israelis the Right to Commit Atrocities?

Comments for "The "Victim" as Moral Zombie"

The irony about victimhood is that the real, universal, worldwide enslaving victimhood of almost everyone is never even mentioned because the CAUSE of it is too powerful.

That is the fact that the great majority of the world's people have to make every last one of the exchanges they make to survive by borrowing a criminal form of debt from the Rothschild cabal which debt moves ALL WEALTH to its criminal owners, making everyone except those debt owners and their cronies economic slaves, most living in misery and want all their lives; slaves to those few ultimate greed driven criminals who are opposed to honest, open, uplifting civilization.

The big disadvantage to the cult of victimhood, which is indeed as you describe it, is that it deprives its devotees from thinking of themselves as winners. A rejection of the cult of victimhood is spreading among black Americans such as Kanye West precisely because they do think of themselves as winners and want others to think in those terms as well.