THE BLACK 'SKULL AND BONES' - The "Boule" 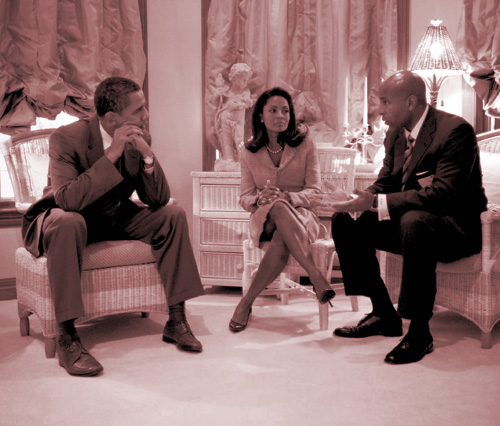 Membership in the Masonic "Boule" is about blacks
selling out their people for personal gain.
The same model applies to whites.  Our leaders
are also house nigras in a world governed by
the Masonic Jewish banking cartel.
What passes for "politics" is a "conflict" between
two Masonic factions, ultimately a charade.
They are all crooks.
Related- All Black Leaders are Freemasons
----------  The Boule- Black Leaders are all Illuminati Shills
(from Dec.18, 2009)
By Lesley Terry
(henrymakow.com)

In 1904, the first African -American Greek Secret Society was formed in Philadelphia, by Dr. Henry Minton and five of his colleagues.  The Boule, (an acronym for Sigma Pi Phi) and pronounced "boo-lay"), was formed to bring together a select group of educated Black men and women.

Fashioned after Yale's Skull and Bones, the Boule historically takes pride in having provided leadership and service to Black Americans during the Great Depression, World Wars I and II, and the Civil Rights Movement.

What could the Boule offer America's Blacks in the early 20th century?  Joining the exclusive secret society offered advancement and perks to select Blacks in return for loyalty to its objectives.

The upper tenth of Blacks started to live the good life as Boule members, while the majority of ordinary Blacks were disenfranchised.  But what were the Boule's objectives?

REMAKING OF THE HOUSE NEGRO


The Boule recruits top Blacks in American Society into its ranks.  Today, 5000+ Archons, (male Boule members) and their wives, (Archousais), with 112 chapters, make up the wealthiest group of Black men and women on the planet. "Archon" means "demon" - the kind that like to keep hidden.

During this year's Oscar ceremonies, Chris Rock admitted that to work regularly in the HollyWeird entertainment industry- black people had to be cleared through a Masonic secret society.
But to who does the Boule really serve?  The Satanic (mostly white) global elite!  As long as the Black member conforms to the rules, the riches will be in abundance; if not, down comes the hatchet.  Blackmail is part of the deal.   This Masonic secret society has a pyramid style like all the rest.  The lower ranks are kept from knowing what the upper ranks are doing.

The early 20th century was a period of reconstruction.  Marcus Garvey's "Back to Africa" Movement was in full swing. Garvey represented genuine Black leadership.  W.E.B. Dubois, founding member of the NYC chapter of the Boule said, "The Boule was created to keep the black professional away from Marcus Garvey".

The remaking of the House Negro was necessary to institute a group of Blacks who had a vested interest in protecting the Elite White System.   It was about selling out their brothers and sisters for power and money. The majority of Black lawyers, doctors, engineers and accountants were members of this secret club. 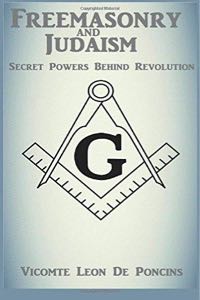 According to Bobby Hemmitt, underground Metaphysician and Occultist lecturer, "This Black elite society based on Skull and Bones (Yale) was chosen by the U.S. Government (Illuminati) to run Black neighborhoods."  See here: http://www.youtube.com/watch?v=PA6jmaoG7V8

Conspiracy Theorist and Futurologist Steve Cokely, had this to say: "Anywhere there are prominent professional Blacks, chances are they're in the Boule".  Martin Luther King and Jesse Jackson are reported to have been Boule members, among many other high profile, successful and moneyed Blacks such as Barack Obama, Bill Cosby, Al Sharpton and Thurgood Marshall.  See this:

The members of the Boule pose as Freedom Fighters or Civil Rights Activists on the surface.  In truth, the elite members are operating for personal gain.  The Boule works in concert with their masters in maintaining the grip of Illuminati supremacy on their people.

ADVISERS TO THE KING


The Boule is another arm of the nefarious secret societies that recruit, indoctrinate and cull for the dark forces.  Therein are perks galore, power and notoriety all lying in wait for the easily compromised soul.

This is an ancient story.  The New World Order is The Old World Order.  The elite Blacks of the Boule are culling and controlling their own for a slice of the elite white man's pie.

Like other secret societies, the Boule encourages homosexual trysts as initiation practices.  This must be done to join the ranks.  Bobby Hemmit says, "Any kind of top-notch Negro gets together and they f*ck each other."

These perversions are then cataloged and stored on record.  Later, if needed, these abuses may be used as bargaining tools in the ULTIMATE GAME.  What is the Ultimate Game?  Capturing human souls.

The enemy may appear to have a white face but it goes much deeper than that.  This is a force cloaked within many facades, personas, fictions and governing powers.  See here: http://masonfitup.blogspot.com/2009/12/masonic-initiation.html.

We, the people, have been handed cultural, political and religious belief systems used to great advantage by these generational Satanists and lying collectives.

These elite systems promote dissension, division, hatred, bigotry and war.  According to the ruling powers, people are objects that need to be controlled.  Therefore, we have men and women in high places that are soulless and beyond the reach of normal reasoning processes.

We have an ancient enemy with a large collection of demonic assistants.  The evil elite has had a good run.  Though they may be certain skin colors, certain nationalities and creeds, they are apart from you and me.  They have long ago abdicated any and all connections to a shared humanity.

Comments for "THE BLACK 'SKULL AND BONES' - The "Boule""

Nice article on the boule, I wished you do more on them.

My question is, don't you think any man now that is going to lead us out of this masonic situation is going to have to be like a double or triple agent type spy. Those handshakes we see with the likes of Hitler and Trump could very well be just a way to be part of the group? And even if Kennedy, Hitler, Trump or others were serious members, could they have gotten balls like Kennedy and changed when he printed his own money, which in turn got him dead. I'm not saying Trump is that kind of man and it would take a genius to pull it off and somehow lead us to better, but it's the only way possible within the system.

The only other option I see is some sort of military man leading military and following the Constitution and arresting all the traitors in gov. and industry.

People would do well to reflect on the profundity of the seemingly simplistic warning that "The love of money is the root of all evil". No matter what groups you choose where money acquisition is involved, all ultimately go bad because mercenary persons infiltrate them and rise to the top.

A corollary of the primary warning is that the people who control the issuance of money thereby can marshal the evil in society. Money is a most useful invention, but trying to outdo your neighbors in accumulating it is fatal to your soul.

As Sir Francis Bacon truly observed long ago: "Money is like muck, no good unless it be spread." Not amassed, but, rather, spread. Anybody who wants to save our besieged civilization should be pondering how the utmost spreading can be achieved and centralized control of policy be ended.

Thanks for the info its about time somebody told the truth about these sell-out,milk toast,self hating Negroes. Always acting as though they are for the betterment of their people. Meanwhile behind closed getting their 30 pieces of silver.

The BOULE is a necessary step in the organization of freemasonry. It allows black people to be 'house' slaves instead of 'field' slaves and in fact to manage the 'field' slaves for the Masters. All the big names in America, past and present, seem tied into the Boule or other secret society. These members work for the fulfillment of satan through the practical implementation of plans for the control and decimation of their own kind. We are all patsies.

This raises the question of how other black people are organized. The leaders must belong to some kind of masonic society, headquartered in Europe or America. Are all masonic societies on the same side or are they rivals, too? Africa and the Caribbean Islands do have sizeable 'black' populations. Are their leaders members of the BOULE or other masonic society?

This must be true. If one examines the happenings in countries such as Haiti, Jamaica, Trinidad and Guyana, there are severe question marks about where the leadership obtained their policies from. In no case has there been any general socio-economic improvement for the masses. In all cases, one can see signs of decadence a la Sodom and Gommorah! Drugs and weapons proliferate and form part of the counter-culture. Shootings, kidnappings and killings have risen dramatically, as drug-blocks and rival gangs germinate. A decent lifestyle is no longer possible in these islands. Schools are breeding prostitutes and criminals. The Police are usually in cahoots with the crime bosses. So what have Leaders like Eric Williams, ANR Robinson, Patrick Manning, Basdeo Panday and their corrupt entourages really done for Trinidad? What have the Duvaliers and their successors done for Haiti? What have Michael and Norman Manley, Edward Seaga and Patrick Patterson done for Jamaica? What have Forbes Burnham, Cheddi Jagan and their successors done for Guyana? While their annual budget presentations seem convincing, they all achieved the progressive ruination of their countries because their agenda came from their masters in the Illuminati and the United Nations.

Africa is on a depopulation spiral. Bio-weapons were deliberately infiltrated into vaccines. The end result was death and disease for peoples who live on one of the wealthiest continents on the planet. Somebody wants Africa badly enough to kill all Africans for it. Poverty, malnutrition, diseases, violence, inflation, lack of production, value-less currencies etc plague every African nation. One would have thought that enough 20th century technology exists that could irrigate the deserts and conquer disease. But, that is not what the masters of the African leaders want! The masters want the total subjugation of Africa to them and their illicitly supported hirelings like Mugabe, make this possible. The UN plays a great role in subverting any genuine efforts to improve Africa. It is used as a vehicle for infiltration, subterfuge and 'false flag' events. No-one is wiser because Associated Press and Reuters are owned by the 'masters'.

It is true to some degree to say that your own people keep you down. The BOULE is proof of this. Color of skin inspires loyalty to a racial elite that serves the wannabe 'master race' of Earth.

Finally, an article on the boule. With the references to Hemmit and Cokely, I know the author did the proper research on the subject.Professor Griff of Public Enemy is also very well versed on the boule.Good job and a great article.Maybe my friends will come across it for themselves and my "ideas" wont be considered too far fetched.Thanks again.